Film by Peter-Paul van der Houven for his artist platform ART FOREVER on the occasion of the upcoming exhibition 'Schepsels & Creaturen' at Kunstliefde.
Language: Dutch

Footage of a talk I gave at Kunstliefde during the exhibition Schepsels & Creaturen about how my work is influenced by being the daughter of American immigrants and growing up in the Russian-Orthodox church.

Film by Patty Morgan for their blog.
"We went to visit Anne Silverstrand Forest again and made a video to make up for that one time we went to visit her to make a video but forgot our sounds! Thank you Anne for being a patient sweetheart."
Language: English

Film by Patty Morgan for their blog, first attempt ;)
"We went to see the lovely Anne Silverstrand Forest & Mr Future to interview her in her studio but in all the excitement we forgot a little something."
Language: English(-ish)

Promo film about Het Langhuis in Zwolle, featuring some views of the exhibition 'Totem'.
Language: Dutch 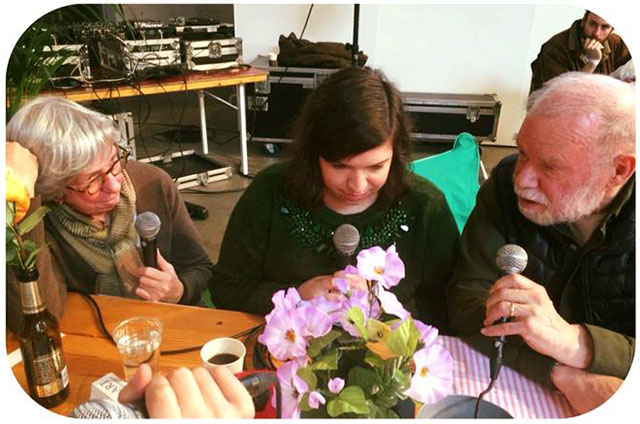 Have a listen to a conversation about my work between my parents, Jim and Nancy Forest and me. Recorded live during the third edition of Unfair Art Fairin 2016, this podcast episode is a collaboration between Ja Ja Ja Nee Nee Nee, Unfair Amsterdam, Patty Morgan and Mister Motley.
Language: predominantly English

Moments before the first edition of Unfair Art Fair opened the Amsterdam news-station AT5 dropped in for a look and a chat...
Language: Dutch

Just a little introduction to me and my work...
Language: English